5 Musts for Those Visiting Dallas/Ft. Worth by Roni Loren, Author of The One For You

One of the things I find amusing when I tell people I live in the Dallas/Ft. Worth area is that everyone (who’s never been here) seems to have an image of what they imagine Dallas to be—and usually, it’s wildly inaccurate. I had the same kind of images before I moved here over a decade ago.

I’m originally from New Orleans, and I always vaguely pictured Dallas as being about big hair, cowboys, and barbecue. Now, there are those things here—sort of. We definitely have great barbecue, but we also have great Mexican food and Vietnamese food and Indian food and almost any other international cuisine you can think of. It’s a very diverse city—really, it’s two major cities linked by giant suburbs in between. (We call it the DFW Metroplex.) And the two cities have very different personalities.

If you want your cowboy fix, don’t go to Dallas, go to Ft. Worth. Dallas is the hipper, more modern, sleeker city. Ft. Worth is more laid back and leans into its cowboy roots. If you want great museums, trendy restaurants, and fancy hotels, go to Dallas. If you want to listen to great music in cool bars, go to both.

The good news is, you don’t have to choose. If you’re planning a visit here, you can explore both cities because they’re only about 35 miles apart.

So what are some things to do while you’re here?

I have lived here for over a decade, and I still get that heavy feeling when we drive through Dealey Plaza in front of the book depository. They have Xs on the street to mark where President Kennedy got hit, and you drive right over them because it’s an active road. It’s surreal to see the spots that we’ve all seen so many times on film footage and in movies—the sixth floor window, the grassy knoll, etc. But despite the sadness of the spot, the Sixth Floor Museum is really well done and worth a visit.

If you want your cowboy fix, this is the way to go. Located in downtown Ft. Worth, you can walk the original red brick walkways of the Ft. Worth Stockyards and see the twice daily cattle drive through the streets. Then you can stop by Billy Bob’s, the world’s largest honky tonk for some line dancing, some music, and maybe some bull riding.

While you’re in Ft. Worth (if the weather isn’t 100+ degrees), you can also visit one of the top zoos in the country. I love a great zoo and we have two of them here. Ft. Worth is the more famous one, but Dallas also has a great one that usually is less crowded.

If you have kiddos with you or just want to nerd out over all things science, the Perot museum in Dallas is beautiful and a great way to spend a few hours. If you prefer art museums, Dallas and Ft. Worth both have great ones. (I like The Modern in Ft. Worth.)

If you love quirky downtown neighborhoods with fun restaurants and great music venues, you can’t beat Deep Ellum in Dallas. Be sure to stop by Trees, a great music venue where Nirvana, Pearl Jam, and Radiohead have played.

I could list a lot more things, and we haven’t even gotten to the food, lol. DFW isn’t where I’m from, but it’s where I landed, and I’m happy for it. I think it’s the perfect blend of having access to big city things without the big city feel. People around here wear shirts that say “I’m not from Texas, but I got here as fast as I could.” I’m still a proud New Orleans girl, but I can’t say I’m in any hurry to leave Texas anytime soon. :-)

What’s your favorite thing to do in your town/city? Do you ever play tourist in your own town?

The One for You - The Ones Who Got Away Book 4

The highly-anticipated fourth book in Roni Loren's unforgettable The Ones Who Got Away series.

She got a second chance at life.

Will she take a second chance at love?

Kincaid Breslin wasn't supposed to survive that fateful night at Long Acre when so many died, including her boyfriend—but survive she did. She doesn't know why she got that chance, but now she takes life by the horns and doesn't let anybody stand in her way

Ashton Isaacs was her best friend when disaster struck all those years ago, but he chose to run as far away as he could. Now fate has brought him back to town, and Ash doesn't know how to cope with his feelings for Kincaid and his grief over their lost friendship. For Ash has been carrying secrets, and he knows that once Kincaid learns the truth, he'll lose any chance he might have had with the only woman he's ever loved.

Roni wrote her first romance novel at age fifteen when she discovered writing about boys was way easier than actually talking to them. Since then, her flirting skills haven’t improved, but she likes to think her storytelling ability has. She holds a master’s degree in social work and spent years as a mental health counselor, but now she writes full time from her cozy office in Dallas, Texas where she puts her characters on the therapy couch instead. She is a two-time RITA Award winner and a New York Times and USA Today bestselling author. Visit her online at roniloren.com. 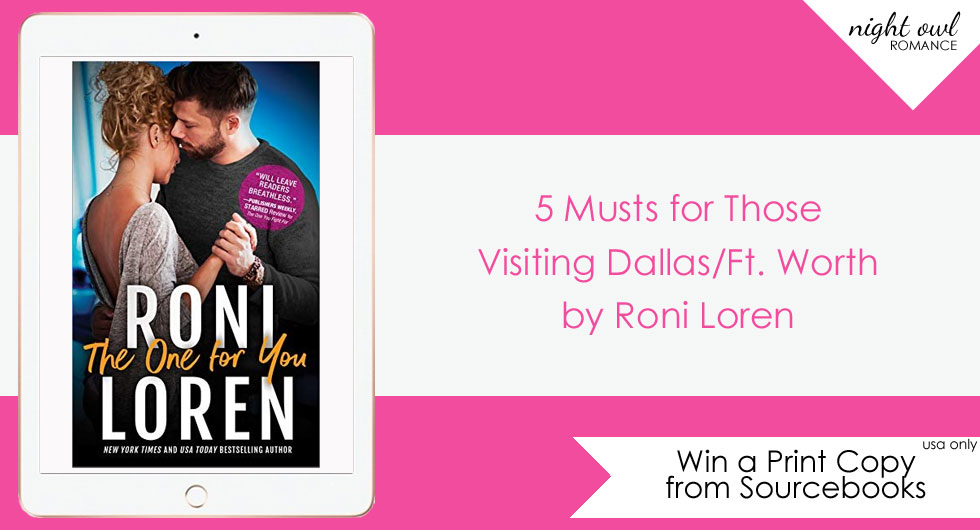