When I’m not writing, I like to travel, especially to historical places. Some of these were places my husband and I went to in our motorhome before he passed away and they remain my favorites.

Deadwood, South Dakota was truly a place I would never get tired of visiting. I saw some beautiful scenery, but in the town itself I felt as though I walked in Wild Bill Hickok’s, Calamity Jane’s, and Seth Bullock’s footprints. Their voices carried in the wind. This was once the wildest place in the old West with murder a daily occurrence. A lot of the old saloons have been restored and they have staged gunfights in the street at intervals. And from there, we went a short distance to Mount Rushmore. This is me and my husband with two crusty creatures in the historical district of Deadwood. The mannequin I’m sitting next to is Wild Bill himself.

I took a Caribbean cruise in February 2012 and that was such an exciting trip because it was my first time on a boat that large or on the ocean. I saw Mayan ruins at Uxmal, ate real cocoa beans, and shopped at Cozumel. We did this as a sibling's thing and it was something I’ll always treasure. In this first photo, I’m on the left and my sister Jean is on the right.

In the second photo, I’m at the Mayan ruins in Uxmal.

New York City was another thing I crossed off my bucket list. I’d always wanted to see the Big Apple—and especially the Statue of Liberty. I wasn’t disappointed. It was everything and more than I’d ever dreamed. On the ferry ride over, I was struck by the excitement of people from other countries. They all crowded to the rail and I saw tears on more than one face and I realized right then that Lady Liberty doesn’t belong to the U.S., she belongs to the world. Everyone thirsts for freedom.

Linda Broday Visits the Statue of Liberty in NYC

One of my favorite places to visit is San Antonio. It holds the most sacred plot of ground in all of Texas, the spot where a little over 182 men held off a force of 1,800 for ten days. This fight became the rallying cry for the Texas War of Independence. I can feel the spirits of those who died surrounding me when I walk through there. I always get very emotional. The picture below is me in front of the Alamo.

In May 2017, my sister and I drove from Texas to Atlanta, Georgia for a Romantic Times writing convention. We had so much fun and we took two weeks because we wanted to stop at so many places along the way. Among the sights was the Civil War battleground at Vicksburg, Mississippi and we stayed at an old Bed and Breakfast on the river and dined in a rooftop restaurant. We visited Hank Williams’ gravesite in Montgomery, Alabama and in Atlanta, we toured the Margaret Mitchell house. Everything was amazing.

In the 1st picture, I’m standing in front of the Margaret Mitchell house. The 2nd picture, I’m in the center (much taller), author E.E. Burke is left, and a fan, Glenda Kinard, is right.

Here’s one of me at a Beach Boy’s Concert in Lubbock, Texas.  That was AMAZING! I had a backstage pass and a seat on the floor, front and center. Can’t beat that. It was a once-in-a-lifetime opportunity.

Linda Brody at the Beach Boy’s Concert in Lubbock, Texas

This picture doesn’t involve travel so much, but it was something I’ll always treasure. My sister Jan and her country music performer husband went to see Willie Nelson in Shreveport, LA right after I released my very first book, Knight on the Texas Plains. I autographed a copy for him and they presented it. Such a unique opportunity.

Okay, I hope you enjoyed this glimpse into my life. I don’t travel as much as I used to, but I do have a trip scheduled to Denver, Colorado in July. Maybe I’ll have a new crop of pictures.

Don’t forget to try The Cowboy Who Came Calling. This is Book #2 of Texas Heroes. Book #3 To Catch a Texas Star releases this July. And if you missed Book #1, it’s Knight on the Texas Plains.

A Former Texas Ranger on a mission

A love neither could have predicted

...and a danger that may steal their happy ending before it can even begin.

Glory Day may be losing her vision, but that doesn't mean she'll ever stop fighting. Determined to provide for her struggling family, she confronts an outlaw with a price on his head. But when a mysterious cowboy gets between her and her target, Glory accidentally shoots him instead. Flustered, she has no option but to take the handsome stranger home to treat his wounds.

Former Texas Ranger Luke McClain didn't plan to fall in love, but there's no denying the strength of Glory's will or the sweetness of her heart. But Glory's been burned before, and Luke will have to reach into the depths of his own battered soul to convince her to take a chance...

And trust that love is worth fighting for.

Though I now reside in the Texas Panhandle, I grew up in a small town in New Mexico. From an early age, I was lucky enough to discover wealth didn’t exactly pertain to money. Though my parents could barely afford the necessities, they managed to instill deep rooted values and a thirst for books. My favorite memories are the yearly road trips we made to California on Route 66 to visit grandparents. We’d stop at museums, trading posts, ghost towns and anything else that held our interest. I’m sure that’s where my love of history and the Old West was born.

I’ve been a “writer in training” my whole life. As young girls, my sister and I became obsessed with books. Many nights long after the house grew dark and everyone else was asleep, we’d lie beneath our covers and read by flashlight until we either reached the end of the book or our eyes got too heavy to see the words. Books opened up entirely new, exciting worlds that seemed limited only by our imaginations. I never imagined in a hundred years that I could create my own worlds. That undertaking seemed as far-fetched as scaling Mt. Everest. But write I did. It took me five years to finish that first novel and it will never be anything more than fire-starter material. With a small measure of confidence though, I wrote others that found their way onto an editor’s desk and then into bookstores.

Cowboys have always fascinated me so it’s no wonder that I love to write about them and their ladies and the struggles they endure in trying to carve out a small place to call home. It took some awfully tough men and women to settle this great country of ours.

I grew up watching TV westerns and hated that the cowboy always rode into the sunset all by his lonesome. I vowed to write stories that gave the cowboy someone to share his life with besides his trusty horse. I wanted him to marry that pretty woman he fell in love with, not leave her behind. That’s what I’ve endeavored to do and I think in that aspect I’ve succeeded. If I can capture one small portion of his grit and determination, that’s an added bonus. I want to show in my stories people who might’ve lived at one time. They’re ordinary, but they have more guts and more backbone than anyone.

Western romance is my passion. I feel truly blessed. Humble roots and the love of family have become focal points in my stories. I sincerely hope readers enjoy the characters and tales I strive to bring to life on the printed page. 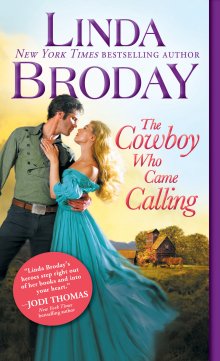