My favorite time period to write about is between 1880 and 1890. In many ways, our ancestors struggled with some of the same issues we currently face and that’s what makes the time period so fascinating.

For example, technology in the way of telephones and electricity changed the way people lived in the 19th century, just as new technology does today.  The Victorians even had their own Internet.  It was called the telegraph, and this opened-up a whole new world to them.

What, for that matter, is a text message but a telegram, the high cost of which forced people in the past to be brief and to the point?

Then as now, women fought for equal rights.  Our early sisters fought for property ownership, employment opportunities and the right to vote. Women have come a long way since those early days, but challenges still exist, especially in matters of economics and power.

Did our Victorian ancestors worry about climate change?  You bet they did. The Florida Agriculturist published an article addressing the problem in 1890. The article stated: “Most all the states of the union in succession of their settlement have experienced a falling off in their average temperatures of several degrees.  A change from an evenly tempered climate has resulted in long droughts, sudden floods, heavy frost and suffocating heat.”

Not much has changed in the world of politics. Today, the Republicans and Democrats are still battling it out, just as they did in the nineteenth century. We still haven’t elected a female president, though Belva Ann Bennett Lockwood tried to change that when she ran in 1884 and again, in 1888.

What about Environment concerns?

Today we’re concerned that plastic bags and straws are harming our oceans.  Our Victorian ancestors worried about tomato cans. That’s because a German scientist told the New York Times in 1881 that the careless deposit of tin cans was “bringing the earth closer to the sun and hastening the day of the final and fatal collision.”

During the 1800s, horses were taken to task for messing up the streets.  Today, cattle are under fire for the methane in their you-know-whats.

Reading how people in the past survived and, yes, even prospered during tough times inspires me and gives me hope for the future.  I hope it does the same to my readers.

The Cowboy Meets His Match - The Haywire Brides, #2

His first mistake was marrying her.

His second was falling in love.

Chase McKnight will do anything to secure his family's ranch?but marriage to a complete stranger? That's a hard pill to swallow. Yet the will is clear: Chase needs a wife by his side if he wants to keep his home, so he meets his veiled lady at the courthouse steps and reluctantly says "I do".

Too bad he married the wrong bride.

When Boston runaway Emily Fields agreed to marry a Texas stranger to escape her family's scandal, she wasn't prepared to get hitched to the wrong cowboy! Stuck in a secret compromise, she has one year to learn the ways of the ranch and convince Chase's family they're happily married. But when the lie becomes true, the past catches up to them and they must save the love they never expected...

This giveaway is now over. The lucky winner is: Glenda M.

New York Times bestselling author MARGARET BROWNLEY has penned more than forty-five novels and novellas. She's a two-time Romance Writers of American RITA® finalist and has written for a TV soap. She is also a recipient of the Romantic Times Pioneer Award. Margaret is currently working on a new series. Not bad for someone who flunked eighth-grade English. Just don't ask her to diagram a sentence. Visit her at http://margaret-brownley.com/. 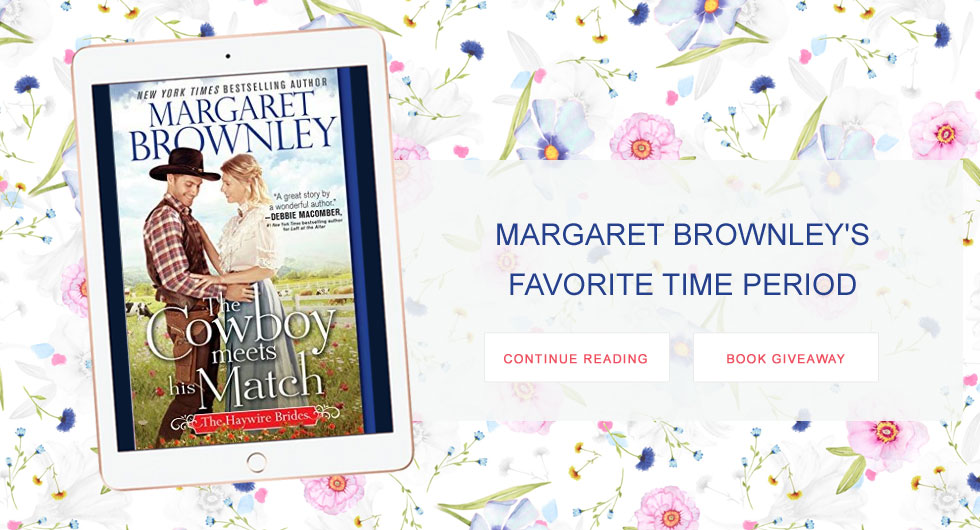