I’m so excited about the release of the third book in my Black Ops Confidential series, The Cost of Honor. This series centers on a wealthy family of vigilantes that travel the globe righting wrongs against women and girls. When I started it, I couldn’t have imagined the incredible women I would get to meet, work with, and be inspired by. It has been an incredible journey. And I’m delighted to be able to share with readers of this blog, the names of five women who have inspired me as I’ve written this series.

Since 1979's Islamic Revolution, Iranian women as young as seven have been legally forced to wear a hijab, a headscarf, in public and also to have their arms and legs covered. Before this dramatic change, women wore western-style clothes – including mini-skirts.

In May, 2014, an Iranian activist Masih Alinejad, author of The Wind In My Hair: My Fight for Freedom in Modern Iran – began a social media campaign called My Stealthy Freedom (#mystealthyfreedom), protesting the dress code laws. She wanted women to have the choice of wearing or not wearing a hijab. She is not against wearing the hijab, only against forced wearing of the hijab, but her fight for freedom has earned her and those who support her disdain, criticism, and even death threats. Some of the women who have followed her campaign, have been arrested for not wearing a hijab in Iran. You can follow Masih on Twitter to help support her bid for a freedom we often take for granted.

If you've ever read anything by Kennedy Ryan, you're already a fan of hers. High-five, because I am too. I just finished reading LONG SHOT, the first book in Kennedy's Hoops series. It was so powerful and intense. I highly recommend, but it is definitely, as my website tagline goes, for the strong of heart.

In addition to Kennedy's wonderful work as an author and giving back to the writing community, she also champions awareness, acceptance, and inclusion for kids with Autism. She has started a supportive Facebook group called A Piece of My Heart for moms like her who have a child with Autism, and this month, Autism Awareness Month, she has organized Lift4Autism—an auction of romance books signed by the authors. This is the fourth year for this event she organized with Ginger Scott. They raised nearly 30,000 dollars last year.

In Zimbabwe there is a new sheriff in town. Well, ranger. These rangers are the first armed, all-female anti-poaching units in Africa.

These women named their squad the Akashinga, which means "Brave Ones" in Shona. Like the women in my fictional League of Warrior Women, these rangers have come back from dramatic histories of sexual abuse, abandonment, and physical violence. These women help their communities—places that once looked to poaching to help bring in income—accept conservation. That's because 72% of the money these women make go back into the community, compared to 3% of male rangers.

At the same time, these women provide for their communities, these rangers provide a positive example of female empowerment. Probably why over 2,000 people from local communities came to see the first graduating class of Akashinga rangers.

So, yeah, there's a new sheriff—uhm, ranger—in town. And these determined and clever women make conservation cool, contribute to their communities, take care of their families, and did I mention they’re vegan? Can’t make this stuff up.

An outspoken critic against human trafficking, Indian social activist Sunitha Krishnan is indeed an inspiration. She was one of the first women I read about when I was researching my novel idea way back when. I watched a YouTube video she made and found myself crying angry tears. This woman is no-frills and tough as nails. She runs Prajwala, a pioneering organization that educates and trains women who have been the victims of sex-trafficking and sex crimes. According to the Prajwala website, “Prajwala works on the five pillars of Prevention, Protection, Rescue, Rehabilitation & Reintegration. In the last one decade it has become one of the most powerful voices nationally and globally for ensuring holistic victim services.”

Another woman that I have followed over the years is Nobel Peace Prize winner, Nadia Murad. Her Yazidi village in Iraq was attacked by ISIS in 2014. Her family, including her six brothers, were murdered. She was taken captive and held as a sex-slave. After Nadia escaped she joined Yazda.org an organization that works, in part, to heal and reintegrate women sex-trafficked by ISIS in the Middle East. It also works to halt the genocide, seek justice through legal action, and mark this horrible tragedy for history of the Yazidi people, a religious minority in Iraq.

The U.S. Women's Soccer team is inspiring for their actions on and off the field. Not only did they win the World Cup–the premiere global soccer event—they have made huge strides in the fight for equal pay. Every single member of the U.S. national team signed on to a lawsuit against the USSF (United States Soccer Federation) seeking equal pay and equal investment.

Watching these young women do the complex and demanding job of being a professional athletes, while waging a legal and public opinion battle, and fighting for the recognition that they are worth the same investment and consideration as the men's team is truly inspiring.

It seems a sin to cut this list so short at six women. I’d love to know the names of women that inspire you! And if you’d like a more complete list of inspirational women, specifically charities run by or for women, please visit my website: https://dianamunozstewart.com/activists/

He gave up everything to escape his family

The only male to be adopted into the notorious Parish family, Tony Parish always did right by his vigilante sisters. But when an attempt to protect one of them went horribly wrong, he had to fake his own death to escape his fanatical family. Tony set sail and ended up in Dominica—face to face with the woman of his dreams...

Now he must give up Honor to save her

After the death of her mother, Honor Silva moved to Dominica, where her family could help her heal and move on. But her activist mother left her more than money, she left her proof that could take down one of the richest and most powerful men in the world.

Tony gave up everything he thought he knew when he fled his family. But when a threat too dangerous for Tony and Honor to fight on their own closes in, he has no choice but to go to them for help. Problem is, they'll demand something in return—something that could cost Tony not just Honor, but also the love that changed him forever.

Having earned her MFA in Creative Writing, DIANA MUÑOZ STEWART went on to write several novels that garnered awards and recognition in the paranormal, science fiction, and contemporary romance genres. A believer in the power of words to heal and connect, she blogs and provides web-content on health, writing, and social issues. Learn more or connect with Diana at dianamunozstewart.com, @DMSwrites, and on Twitter at @dmunozstewart. 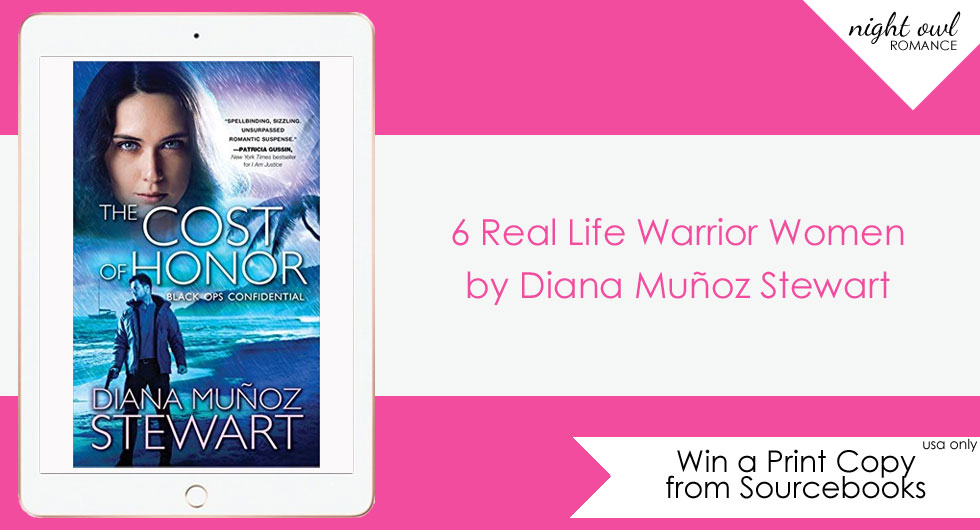