Ponderings of a Romantic Suspense Author

Yesterday on our regular walk, I said to my husband, ‘I’m not sure what to do with the two people tied up in the kitchen.’

True to form, he kept striding along then said, ‘Are they good or bad?’

As a romantic suspense book writer who doesn’t plot but leaps straight in with the germ of an idea propelling my fingers, I often come to rest while I decide what my characters are going to do next. I don’t call this writer’s block because it’s part of my process and I know something will happen even if it takes a few days to percolate down. Sometimes I’ll write my characters into a situation that seems impossible to solve. How would you get away from two nutters with a shotgun who have tied you and your companion to chairs?

That particular story is finished and awaiting my editor’s verdict. Now I’m working through another rural romantic suspense book set in the same town and this story requires research into horses and how a veterinary practice operates. I know something about horses because I owned one as a teenager, but for this book I contacted a local Arabian breeder and spent a lovely morning talking stud farms and meeting four beautiful horses.

For my upcoming romantic suspense book release The House At Flynn’s Crossing, I already knew my characters as this is a standalone sequel to the romantic suspense book Find Her. Accordingly I thought research would be relatively minor but I discovered a myriad tiny details that needed confirming: Brisbane airport parking and drop off arrangements; drive times; the geography of the region; mango trees; other Queensland flowering trees; National Parks; rural house prices; school term dates. I conversed with a lawyer friend of my daughter’s who was very generous with information about the time frame of trials and criminal proceedings.

The internet, of course, is a wonderful resource for research and the biggest time waster imaginable. For earlier romantic suspense books I’ve researched luxury cruisers, suburban Sydney rail lines, house floor plans, stabbing and knife wounds…the list goes on and the generous members of Romance Writers of Australia have a wealth of knowledge on any topic I’ve ever asked from bushfires to things that can send a King Charles spaniel to the vet.

My long suffering husband walked in when I was checking out large horse floats and studying $50k plus models which could take four horses.

‘This one looks pretty good,’ I said.

‘Why do we want one of those?’

I’d clearly caught him unawares because there was more horror on his face than when I asked him about the two people tied up in the kitchen.

Find Her (A Romantic Suspense Novel)

A chance sighting leads to second chances for hope, for family, and for love.

Five years ago, teenager Antonia disappeared. With no compelling evidence, the police eventually called her a run-away, and dropped the case. Her teacher, Jax, has always regretted not speaking up about the rumours she heard circling the school that day, but a random sighting at a train station raises the possibility that Antonia is still alive and not too far away.

Antonia’s father, Connor has never given up hope that his daughter will be found and returned to her family. When her old teacher, Jax, calls him with a small spark of a lead, he seizes it with both hands, determined to chase it down.

But there’s more at play than simple teenage rebellion and the path Jax and Connor travel rapidly becomes more dangerous than either could have imagined, and opens up new possibilities that neither could have expected.

The House At Flynn's Crossing (A Romantic Suspense Novel)

She's been through hell, so risking her heart should be easy...

Anxious to rid herself and her twins of the dark memories from their past, twenty–three–year old Antonia moves to the small rural town of Flynn's Crossing. Antonia is frightened but determined to be independent for the first time in her life, so she rents Mango House and settles in to the community to begin the process of healing.

Town councilor and local real estate agent Flynn has secrets. Guilt–ridden over a tragic childhood event, he fled the city and devotes his life to assisting others. He has big plans for Flynn's Crossing. Without change, the town will shrivel and die. But the townspeople are resistant to his ideas, and his discussions with a luxury resort developer.

When Flynn first meets Antonia, he doesn't know her sensationalised past, and Antonia feels normal for the first time. Slowly, as they get to know each other, to trust each other, Antonia begins to consider the possibility of something more. But when tensions over the resort development reach breaking point, she discovers that Flynn hasn't been entirely honest, and her new beginning is at risk of ending. When Flynn has to choose between the town he's devoted his life to and the woman he barely knows, can she trust that the man who healed her heart will treat it with care?

Elisabeth Rose lives in Australia's capital, Canberra. She completed a performance degree on clarinet, travelled Europe with her musician husband and returned to Canberra to raise two children. Twenty years ago she began practising Tai Chi and now teaches classes in that as well as teaching and playing clarinet. Reading has been a life long love, writing romance a more recent delight. 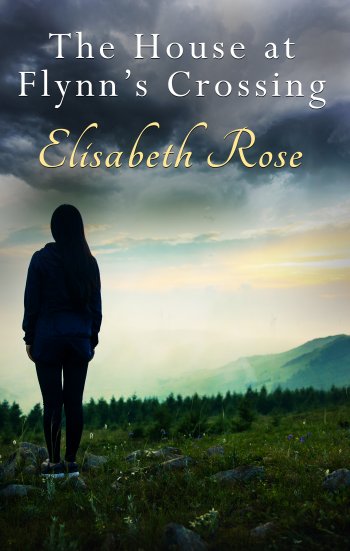