Today Heather Slade has an excerpt for you!

K19 Security Solutions partner, Tabon "Razor" Sharp has seen his fair share of tragedy, but one thing is for certain: he never forgets a face. Agreeing to be his buddy's groomsman means he'll once again reunite with the enchanting and gorgeous, Ava McNamara. Unable to finish what they started last time, he's more than ready to reignite the spark with Ava.

But the wedding brings on more than he bargained for. Meeting Ava's father throws a wrench into his plans. Her father isn't who he claims to be. And Razor is determined to uncover all the facts. Torn between exposing a criminal and protecting Ava, he struggles between duty and desire. Now, it's up to Razor to protect the woman with the haunted eyes even if it means destroying everything she's ever known. Will they recover from the truth or will Razor's cut wound her too deeply?

When Gunner pulled into the parking lot of San Ysidro Ranch just outside of Santa Barbara, Razor saw Penelope, another bridesmaid, walking along the pathway between two cottages.

If Ava was wearing the same dress Penelope was, those fantasies he’d been having would soon get a hell of a lot hotter.

The small amount of pale green fabric she wore was shorter than most bridesmaids’ dresses he’d seen, with a halter top that left little to the imagination. Ava and her sister, Aine, were far more endowed than this girl. He couldn’t even imagine how good the dress would look on them.

Gunner laughed. “You’re in for it.”

He knew it, but then there was always a chance that reality-Ava wouldn’t be half as hot as he remembered her being.

Plus, he knew her type. She was a spoiled little rich girl, looking for someone to take care of her the way Daddy did. He’d known plenty of girls like her. They hadn’t thought much of him until they found out he was a partner in a very successful security and intelligence business.

Then there was the other type. They’d take one look at the body he worked so hard to keep strong and fit, decide he didn’t have much of a brain, and treat him like a boy toy. He didn’t complain, though. It worked to his advantage when they were looking for someone to rock the shit out of their world but didn’t expect to be acknowledged by the next day’s light.

There was always a chance that’s how it would go with Ava later. Wasn’t bridesmaid/groomsman sex a thing? Maybe after the wedding, she’d invite him into one of these cottages he guessed went for at least a grand a night, and he could pound her sweet body out of his system.

My books are filled with things that bring me joy:  music, wine, skiing, families, artists, and cowboys.  Not always in that order. I’m an Amazon best-selling author, and a PAN member of Romance Writers of America. I speak, teach, blog, am an executive sommelier, and all-around entrepreneur. I grew up an east coast girl, and then spent half my life on the west coast.  Now my husband, our two boys, and I happily call Colorado home. 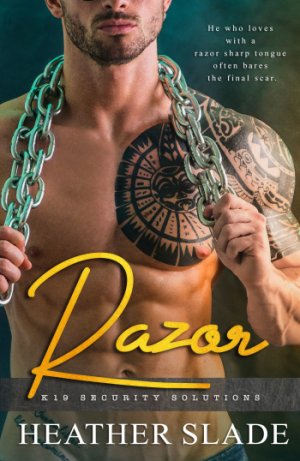