Finding Your Roots: Places, People, and Things by Pat Simmons, Author of Lean on Me

As my bio suggests, I like to dig up the dirt on my ancestors, then cast them in starring roles in my novels, basically in the Jamieson Legacy series.

I had no direction or formula for the last name, except it needed to be distinguished and memorable. One romance author, Brenda Jackson, introduced the Madaris men in her first published romance. When readers said, Madaris, everyone knew they were talking about a Brenda Jackson book.

After some consideration, I randomly chose Jamieson. I had no idea that surname, Jamieson, was part of my family tree. I stumbled upon this discovery by accident. Many times, it’s those accidental finds that opens up a door.

As I was writing, I ran into a brick wall with my genealogy search on Charlotte Wilkerson. She like vanished from the census. I brought in reinforcements to tear down the brick wall. The findings from my genealogy friends were mind boggling.

It just so happened that the reason why I couldn’t find my great-great grandmother Charlotte Wilkerson and her two sons, William—my great grandfather, and his brother, Samuel Wilkerson was because….drumroll…Charlotte was enslaved by Robert Jamieson and had his last name. That sent chills up my spine.

So are you ready to go on a journey to discover the good, bad, and ugly in your family tree?

First, you need a paper trail and the best place to start is with an obituary. Details are important to a genealogist: people, places, and things.

For example, on the obit, usually a family member lists siblings, parents and if they are living or deceased. Those PEOPLE will show up on the census and on other historical documents.

Where your relatives LIVED—past tense—is listed on the obit. From here, you can locate the STATE and COUNTY. PLACES

The obituary usually lists the deceased’s workplace, school, and church. THINGS to help you identify your loved one on records.

With that basic information, you can begin to look up the census on Ancestry.com—free at your local library. From the 1870 census and on, the enumerators (census takers) documented what they considered was your race. Seriously, some of my relatives in Mississippi were listed as Black, Mulatto, or White—same family.

The census will also show if they are married, widowed, or single. How many children they had and where their parents were born.—Ah, this extends your paper trail of PLACES. Also, on the census is their occupation. Many were a farm laborer, but some had trades—THINGS they did.

In the library, there are sooooo many records beside the census, there are the state’s morbidity for 1850, 1860, and 1870. I built an entire story found a “find” in the 1860 Mississippi Morbidity book. You can request birth and death records, which will also identify places and people.

There is so much to uncover. Make it a fun journey. Don’t get discouraged. Your genealogy department at your main library is there to help, sometimes, even over the phone.

In my new series, Family is Forever, I intertwine historical tidbits throughout the story Lean on Me. Because of my news background, I’m nosy by nature. My focus wasn’t on genealogy, but another subject: Alzheimer’s and dementia. Even a caregiver needs a caregiver. There is so much to learn.

To see photos of my ancestors and read what dirt I kicked up on them, visit www.PatSimmons.net.

Lean on Me - Family Is Forever Book 1

No caregiver should ever have to go it alone...

Tabitha Knicely loves her career as a pharmaceutical rep, but even her health care knowledge isn't much help with the daily challenges she now faces caring for her aunt with Alzheimer's. Her once organized lifestyle is in disarray and her patience is tested. On Sunday mornings, when Aunt Tweet drags her to church, though Tabitha isn't a believer, the peaceful presence of faith is a welcome relief.

Marcus Whittington believes in second chances, so he hires former inmates to staff the industrial cleaning service he owns with his brother. When a mystery woman who keeps showing up on his porch turns out to be an elderly neighbor, Marcus is outraged at what he perceives as neglect on the part of her caregiver.

Marcus soon learns that being a caregiver is a demanding, compassionate act of kindness that he has never experienced before. After several encounters with Aunt Tweet and Tabitha, his heart is drawn to the family's distress. Marcus is determined to help Tabitha, and a friendship that started out with a grave misunderstanding soon begins to blossom into a relationship filled with love, faith, and partnership. Life is easier, when you have someone to lean on.

Pat Simmons is an author of more than thirty-five titles and a self-proclaimed genealogy sleuth who is passionate about researching her ancestors, then casting them in starring roles in her novels. Pat holds a B.S. in mass communications from Emerson College in Boston, Massachusetts. She has worked in various positions in radio, television, and print media for more than twenty years. For fourteen years, she oversaw the media publicity for the RT Booklovers Convention. She lives with her husband in Florissant, Missouri. 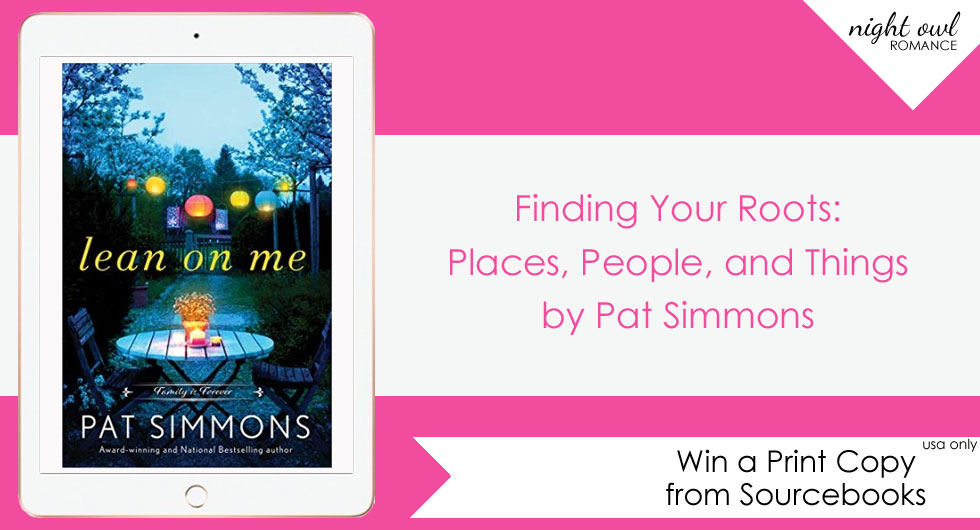