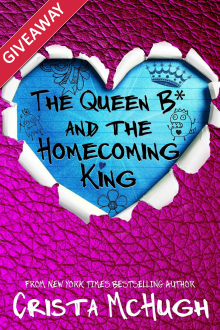 1.       Don’t go. Seriously. It’s just a stupid dance where you’ll have to drop $200 on a dress you’ll only wear once and that six other girls will be wearing. Retro shops are cool for finding something unique, if you’re into that look. Oh, and stay away from sequins – they’re way too scratchy.

2.       If you go get suckered into going, make sure you’re surrounded my people you like. And if you can’t arrange that, then yeah, you’re screwed (because when you’re seventeen, you’re too young to legally place an alcohol shield in place to make the evening more bearable).

3.       If you have to spend the evening with your boyfriend’s posse, at least make sure there’s a good restaurant involved. Oh, and sitting at the end of the table keeps you from getting wedged between a self-absorbed jock and a head cheerleader with fake boobs.

4.       When it comes to dancing, I mean, seriously, does anyone dance at these things. I guess you have a choice of spazzing out to a techno beat during the fast song and praying it doesn’t look like the Funky Chicken on crack or groping your partner while swaying side to side during the slow songs. But I mean really, it’s not going to be pretty either way.

5.       But if all else fails, just look into the eyes of the dreamy guy your with and forget about everything else.

But I strongly suggest you remember rule number one.

The Queen B*, Alexis Wyndham, has only three rules when it comes to dating that star quarterback, Brett Pederson:

1. No obligations to spend every waking moment with each other.

2. No public displays of affection while at Eastline High.

3. And absolutely, under no circumstances, will she ever go to the Homecoming dance.

But as her life is completely upended time and time again, she begins to wonder if some rules are meant to be broken.

I'd never greeted a Monday morning with dozens of giddy butterflies in my stomach. Usually, I reserved my most dramatic sighs and biting comments for Mondays because—let's face it—they suck. But this Monday morning was different.

But I still wasn't ready to announce that to the world.

As we floated in a canoe among the water lilies in Lake Washington yesterday, I lay down a few ground rules to help me ease into this unprecedented (and unimaginable) situation. After all, it's not every day the Queen B* and the Quarterback become a couple. Dropping that bomb on our classmates could cause a rift in the space-time continuum.

Or at least cause my nemesis, Summer Hoyt, to have one very public and dramatic meltdown.

Rule number one: I refused to be one of those disgustingly cute couples that were joined at the hip between classes. We were dating, not merging our lives and identities into a single life-form. Brett had his group of friends and I had mine, and until recently, they never intertwined because I despised most of the in-crowd. If I hadn't gotten to know the real Brett during a class project, I would've continued to write him off as a dumb jock.

Rule number two: no public displays of affection at school. Not that I had any problem with PDAs with Brett. I liked kissing him. But I also had been known to lose control when I was with him…and lose articles of clothing. And after having that awkward run-in with my mom and her boyfriend's PDA on our living room couch last week, I'd rather not make a spectacle of myself in front of everyone. It opened up the doors to ridicule.

Rule number three: I wouldn't go to Homecoming with Brett. I'd made it this far through high school without plunging into that cheesy sea of balloons and crepe paper while wearing a silly sequin-laden dress, and I wasn't going to cross that line during my senior year.

Crista McHugh is an award-winning author of fantasy and romance who writes heroines who are smart, sexy and anything but ordinary. She currently lives in the Audi-filled suburbs of Seattle with her husband and two children, maintaining her alter ego of mild-mannered physician by day while she continues to pursue writing on nights and weekends. She is an active member of the Romance Writers of America (including the Greater Seattle Chapter and the Seattle Eastside Chapters), and Romance Divas. Just for laughs, here are some of the jobs she’s had in the past to pay the bills: barista, bartender, sommelier, stagehand, actress, morgue attendant, and autopsy assistant. And she’s also a recovering LARPer. (She blames it on her crazy college days)