Exclusive Excerpt: To Love a Texas Ranger by Linda Broday

Today Sourcebooks has a little something extra for you all. You get an Exclusive to NOR excerpt!

A Ranger. A Cowboy. An Outlaw.

Gravely injured on the trail of a notorious criminal, Texas Ranger Sam Legend boards a train bound for his family ranch to recuperate...only to find himself locked in battle to save a desperate woman on the run. Determined to rescue the beautiful Sierra, Sam recruits an unlikely ally. But can he trust the mysterious gunslinger to fight at his side?

Sam is shocked to discover his new ally is not only an outlaw, but his half-brother. Torn between loyalty to his job and love of his family, Sam goes reeling straight into Sierra's arms. Yet just as the walls around his battered heart begin to crumble, Sierra is stolen away. Sam will risk anything to save her-his life, his badge, his very soul-knowing that some bonds are stronger than the law...and some legends were born to be told.

Sam’s soothing touch on her hair was so gentle. For so long, she’d yearned to have someone care about her. Was this real or did he merely feel sorry for her?

Sierra opened her eyes and glanced up at his shadowed face. “I was eight the year my ornery brothers decided to play their prank. Sneaking behind, they picked me up. Swinging me by my feet, they hurled me into the icy water of Bear Creek Lake. I couldn’t swim. My heavy clothes dragged me down. I struggled to rise to the surface but the cold water numbed my arms and legs.”

She shuddered, remembering the blackness that closed around, holding her in the watery grave. “When I came to, I was on dry land with my father kneeling over me.”

William Hunt had only set aside preoccupation with his work and jumped to the rescue a handful of times. Mostly he’d been too self-absorbed to spare his frightened little girl a thought. The only attention he paid was in making sure he kept her hidden away...from people and life.

Then when he did, he’d only seen her as an object of scorn.

“Thank you for telling me. Everything is clearer now.” Sam’s soft breath ruffled the hair at her temples as he pressed his lips to her forehead. “Fear isn’t something logical you can set your mind against. It eats at you.”

Except she hadn’t told him the rest. She couldn’t.

“It’s silly I know. I’m a grown woman and yet I act as though a foolish child.”

He brushed her face with his fingertips. “There’s nothing foolish about you.” His voice became husky. “And you’re far from being a child.”

“I wish I had your strength. You always seem calm and sure, even when facing danger.”

“You would be wrong, pretty lady.” A layer of velvet wrapped the hardness of Sam’s words. “Back at the cabin, facing Ford and his men, my hands trembled so bad I thought I’d drop my gun. And on the day of my hanging, until they slapped my horse’s flank, I had hope of escape. Once I had nothing but air beneath me and was…” His voice cracked.

How could she have made him relive that terrible time, and how could she have forgotten the horror he lived with? She needed to have her head examined. Maybe she’d spent too many years roaming the wil­derness to ever be civilized. She was like some wild animal that had to be taught not to bite.

The angry words her father had flung at her haunted her mind. You should’ve been the one to die.

Tears pricked the back of her eyes. Yes, it should’ve been her.

“Why did you stay so long in the mountains, Sierra? You were miserable.”

“I got stuck with no way out, and no place to go even if I had the freedom.”

“We do tend to get stuck sometimes.” Sam’s arm tightened around her. “Do you mind if I kiss you? I seem to have a great need for the taste of your lips.” His hoarse voice held a strange longing, almost as if he thought he didn’t have a right to ask.

“I’d like that.” Her words came out breathless and quiet. She wasn’t about to admit that her own needs made the yearning for him unbearable.

A smile curved his mouth. He gently cupped her jaw and brought her face toward him. Sierra held her breath as his lips touched hers.

The slow kiss was like a caress, reminding her of the way the wind sighed through the tall pines—gentle and scented with nature’s fragrance. Sam’s lips, his tender touch, his gray eyes that saw past her failings, all blended, mixing with the night.

Warmth rushed over her, settling into the cold, frigid parts of her body where terror and despair dwelled. The heated flush swimming through her veins thawed a little of the ice gripping her. A quick­ening lurched in her stomach as the kiss sent jolts through her. Her heart fluttered wildly.

This kiss was different from those they’d briefly shared. This one shook her to her toes and seared into her memory. Excited tingles swept along each nerve ending as his scent mingled with wild sage, saddle leather…and the desperate hope in her heart.

She’d dreamed of finding such a man, but had long given up. Sam’s tender touch made her feel beautiful and desired. With him, she wasn’t the sad little girl with an absent father and a mother so locked in grief she would rather die than live.

With him, she was welcomed, embraced as some­one of value. And with him, she’d never be forgotten.

Surrounded by the whispers of animals scurrying in the predawn hours, Sierra slid her hand around Sam’s neck. The soft strands of his dark brown hair wound around her fingers.

“I’ve been looking for you all my life,” Sam mur­mured against her mouth. “Where have you been?”

Waiting for him, despairing of him ever coming along.

Sierra laid her hand on his chest, feeling the beat of his heart beneath her small palm. Sam Legend was scarred. So was she. But he was everything she wanted.

He seemed to need her. And she for sure needed him. Never could she imagine going back to the shambles of her pitiful life without him.

Closing her eyes, she soaked up his feathery touch as his hand slid down the column of her throat to the collar of her dress. If this was a dream, please let her not wake up. Nothing would bring greater joy than spending the rest of her life wrapped in Sam’s strong arms. Yet her heart told her the odds were stacked against her.

“You make me feel safe for the first time in my life,” she whispered.

“My plan’s working then.”

Get It From Amazon

Though I now reside in the Texas Panhandle, I grew up in a small town in New Mexico. From an early age, I was lucky enough to discover wealth didn’t exactly pertain to money. Though my parents could barely afford the necessities, they managed to instill deep rooted values and a thirst for books. My favorite memories are the yearly road trips we made to California on Route 66 to visit grandparents. We’d stop at museums, trading posts, ghost towns and anything else that held our interest. I’m sure that’s where my love of history and the Old West was born.

I’ve been a “writer in training” my whole life. As young girls, my sister and I became obsessed with books. Many nights long after the house grew dark and everyone else was asleep, we’d lie beneath our covers and read by flashlight until we either reached the end of the book or our eyes got too heavy to see the words. Books opened up entirely new, exciting worlds that seemed limited only by our imaginations. I never imagined in a hundred years that I could create my own worlds. That undertaking seemed as far-fetched as scaling Mt. Everest. But write I did. It took me five years to finish that first novel and it will never be anything more than fire-starter material. With a small measure of confidence though, I wrote others that found their way onto an editor’s desk and then into bookstores.

Cowboys have always fascinated me so it’s no wonder that I love to write about them and their ladies and the struggles they endure in trying to carve out a small place to call home. It took some awfully tough men and women to settle this great country of ours.

I grew up watching TV westerns and hated that the cowboy always rode into the sunset all by his lonesome. I vowed to write stories that gave the cowboy someone to share his life with besides his trusty horse. I wanted him to marry that pretty woman he fell in love with, not leave her behind. That’s what I’ve endeavored to do and I think in that aspect I’ve succeeded. If I can capture one small portion of his grit and determination, that’s an added bonus. I want to show in my stories people who might’ve lived at one time. They’re ordinary, but they have more guts and more backbone than anyone.

Western romance is my passion. I feel truly blessed. Humble roots and the love of family have become focal points in my stories. I sincerely hope readers enjoy the characters and tales I strive to bring to life on the printed page. 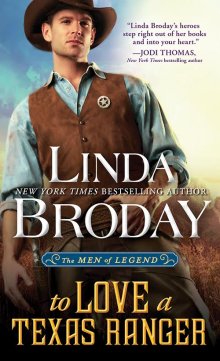