It's time to enjoy a historical romance excerpt and enter to win a copy. Enjoy!

How to help a lonely Earl...

Arthur Shelton, Earl of Macklin, has helped four young noblemen recover from grief and find love, but he's learned to live his own life as a widower. Yet when he returns home after traveling, his estate feels too empty, and he quickly heads to London. There, he encounters Teresa Alvarez de Granada, a charming Spanish noblewoman and is immediately entranced.

There is no room for earls in the quiet, safe life Teresa has finally found for herself. The earl might be charming and handsome, but she knows firsthand how dangerous attraction can be. But the more determined Teresa is to discourage Arthur, the more entangled they get, and it's only a matter of time before her respect for him starts to feel a lot like love.

They turned into the street where Tom was living. Arthur and Mrs. Thorpe had helped find him a room that was near the theaters but outside the raucous passageways that tended to surround them. His landlady looked after him like a ferocious mother hen.

“No, you will not look inside it!” declared an accented female voice just ahead. “You will go away and let me be!”

Arthur looked over the head of a passerby in time to see a woman confronting a burly fellow who was reaching for a cloth bag she held, as if to tug it from her grasp. She stepped back, swung the sack in a wide arc, and struck him square on the nose with it. The man roared and raised a fist. Tom surged forward, but Arthur moved more quickly, stepping ahead of the lad to stand behind the woman. Arthur met the attacker’s angry eyes, showing his readiness to intervene by gripping his walking stick.

The fellow glared at him for a long moment, then with a growled oath, he whirled and strode away.

The woman turned. But when she saw Arthur and Tom the satisfaction in her face faded to a frown. “Oh, he went because you were standing there,” she said. She stamped her foot. “I thought I’d bested him.”

“You bloodied Dilch’s nose,” said Tom. He offered her a jaunty bow. “Only thing wrong with that is – it weren’t me as done it.”

“He made me angry,” she replied.

“Vegetables,” she replied, with an ironic smile and a shrug. The word had three syllables in her smoky voice with its slight foreign lilt.

“You faced off with Dilch over vegetables?” Tom grinned.

“It is the principle of the thing.”

Again the words had more sounds than a native English speaker would have employed. This woman’s speech was like warm honey pouring over one’s ears, Arthur noted.

“We must do something about that man,” she added.

Tom agreed. Arthur said nothing, because in plain fact he couldn’t. Her presence had struck him like a coup de foudre, and his famous aplomb had temporarily deserted him. It wasn’t simply the chiseled beauty of her face or the grace of her figure, clad in a gown with a unique air of fashion. He was ravished by the crackle of vitality in her eyes, so dark as to seem black; the glint of auburn in her raven hair; the aristocratic arch of her nose; the unconscious nobility in her stance. What was this magnificent woman doing in a seedy street, fighting off ruffians with a bag of vegetables?

“My lord, this is Senora Teresa Alvarez de Granada,” said Tom. He pronounced the name as if he’d carefully learned the Castilian lisp. “She’s a neighbor of mine. Senora, this is the Earl of Macklin.”

Tom nodded. “I’ve been learning some Spanish from the senora,” he informed Arthur.

“And what is an English milord doing here?” She looked around the street and back at Arthur as if she couldn’t quite believe the juxtaposition. Then she looked from him to Tom, frowning.

“Senora,” said Arthur with a bow. She received it with distant nod and a twitch of her shoulder that was nearly a shrug.

He couldn’t remember an occasion when he’d been received with such rudeness.

“She paints the flats I put together,” Tom added.

“For the theater?” Arthur was puzzled. She didn’t look like someone who would perform such tasks. “How did that come about?” he asked.

Her expression grew even cooler. “A matter of luck,” she replied. Her tone was vastly unencouraging, making it clear that her doings were none of his affair.

“Indeed.” Arthur could speak frostily too. He didn’t often bother, but she was acting as if he was an encroaching mushroom whose pretensions required depressing.

This earl knew Mrs. Thorpe. Teresa found that almost as odd as his apparent ease in Tom’s company. She gazed up at the tall man before her. There was no denying his square-jawed, athletic attractiveness. Perhaps ten years her senior, she judged, more or less. His handsome face showed few lines, and those seemed scored by good humor. Seemed indeed, she thought with contempt. Charm was the mask aristocratic gentlemen used to hide their ruthlessness. But she knew the breed all too well. They took what they wanted and cared nothing for those without power. Indeed, they enjoyed exerting their dominance, savored it as a dark pleasure. Nothing such a man said could be trusted.

This earl’s blue-gray eyes gleamed with intelligence, which made him even more dangerous. She had to suppress a shudder. The smart ones were worse. They found ways around obstacles. They set cruel traps for the unwary and relished their struggles. Her fingers tightened painfully on her cloth bag.

This giveaway is now over. The lucky print book winner is: Tina Rucci 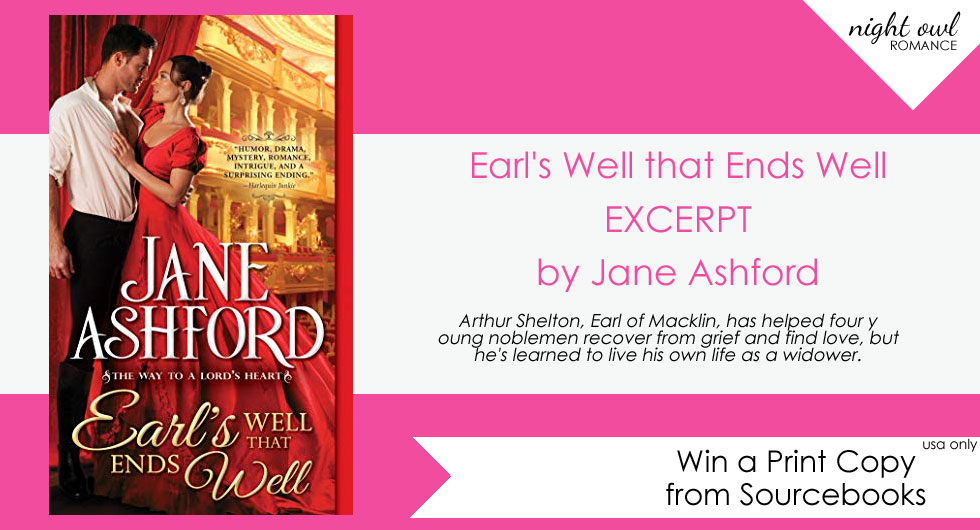