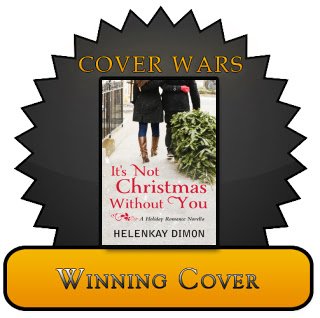 The Score: It's Not Christmas Without You by HelenKay Dimon 162 Votes / Silver Bella by Lucy Monroe 144 Votes 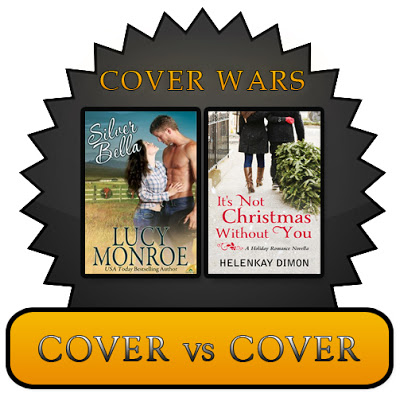 It's Not Christmas Without You - Book one in The Holloway Series

Carrie Anders officially broke up with Austin Thomas when she accepted a dream job in the city. Unofficially, she misses him and is tempted to sneak back to her West Virginia hometown to see him. That's why this year, she's not going home for the holidays. Her heart can't take any more mornings-after where nothing has changed—and Austin has made it clear he's not interested in relocating.

Austin's been waiting for Carrie to realize she can't live without him. But when he hears she's not coming home for Christmas, he decides to take action. If Carrie won't come to the country, he's going to bring a piece of the country to Carrie—in the form of a Christmas tree lot just minutes from her apartment. He's certain daily meetings will entice her to come home with him, this time for good.

Their attraction is as hot as ever, but with such contrary Christmas wishes, can either of them get what they really want this year?

She is the only thing he wants to unwrap.

Bella Jackson models clothes only the most sexually confident woman would dare to wear. But there’s a secret hiding behind the bad-girl reputation and barely there couture. Under the covers, she’s a total novice.

At least it was a secret. Not anymore, thanks to an ex’s blabbing. Now she’s been branded with a potentially career-ending label: Ice Queen.

Only years of practice keep the nerves at bay, and her signature walk rock steady—until a tall, sexy Texan’s gaze fixes like a laser beam on her scantily clad body. And her stiletto heels miss a step.

From the moment Jake Barton locks eyes with the smoking-hot woman on the catwalk, he knows it’s only a matter of time. He never expected the heat between them to melt away her aloof façade before they’ve even touched, revealing the vulnerable woman underneath.

Suddenly he realizes he wants more than a roll in the hay. Now to convince her to take a chance on Texas—and him—before their fragile relationship is bulldozed by tabloid lies and innuendo.

This book has been previously published.

Warning: Contains a sexy, green-eyed, Texas oilman who knows what he wants. And a career-driven model who wants like mad to give it to him…all wrapped up in a skimpy bow.