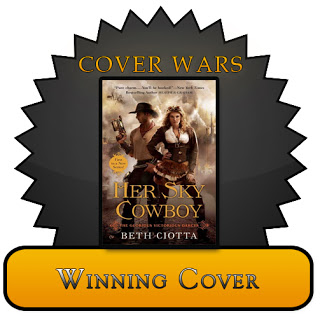 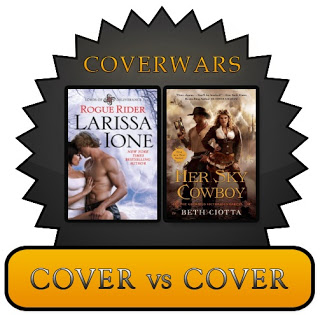 Amelia Darcy has no interest in marrying well. Her heart belongs to the sky and the dirigibles of brass and steel that swoop over Victorian England. But when her father, an eccentric inventor, dies, the Darcy siblings are left with scrap metal—and not a penny to their names. Their only hope to save the family name and fortune is to embark on a contest to discover an invention of historical importance in honor of Queen Victoria. Armed with only her father’s stories of a forgotten da Vinci workshop, a mechanically enhanced falcon, and an Italian cook, Amelia takes flight for Florence, Italy. But her quest is altered when her kitecycle crashes into the air ship of ex–Air Marshal—and scandalous dime novel hero—Tucker Gentry. Challenged by political unrest, a devious sky pirate, and their own sizzling attraction, Amelia and Tuck are dragged into an international conspiracy that could change the course of history…again.

Jillian Cardiff came to this remote mountain town to forget the demon attack that almost killed her. Instead, she rescues-and falls for-a gorgeous stranger who has no memory of anything other than his name. Handsome, charming, and protective, Reseph seems like the kind of man whom Jillian can trust. But with hints of a troubling history of his own, he's also the kind of man who can be very dangerous . . .

Reseph may not know why he mysteriously appeared in Jillian's life, but he knows he wants to stay. Yet when Jillian's neighbors are killed, and demon hunters arrive on the scene, Reseph fears that he's putting Jillian in danger. And once it's revealed that Reseph is also Pestilence, the Horseman responsible for ravaging the world, he and Jillian must face the greatest challenge of all: Can they forget the horrors of a chilling past to save the future they both desire?